How we Increased Chocolate Production by 65% for an Artisan Chocolatier 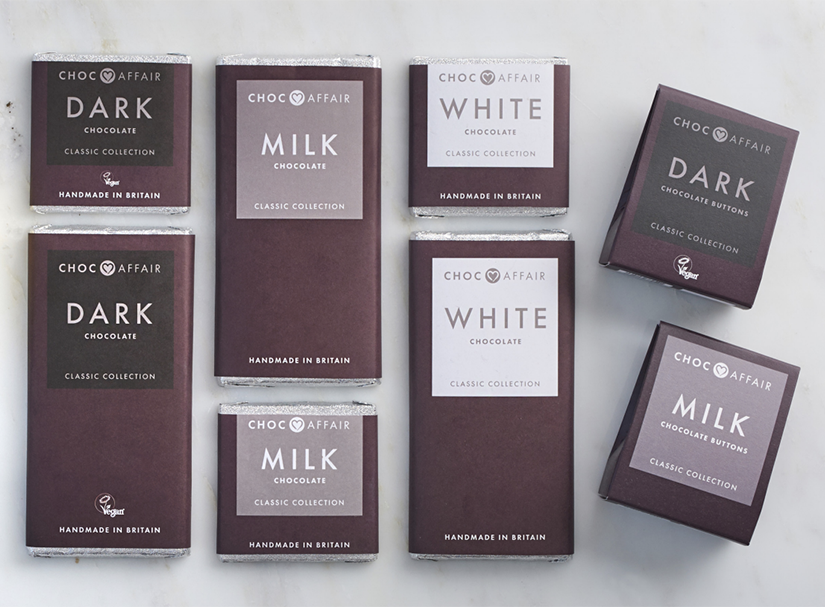 Choc Affair are a family-run artisan chocolatier based in York, who are passionate about creating a delicious range of hand-crafted, palm oil free chocolates using only natural ingredients and sustainably grown cocoa. They are best known for their flavoured and single-origin solid chocolate bars.

After discussing their production process with Julian Barrie, the CEO, and Richard Gibbons, the Operations Manager, we understood the areas where KeyChoc could help the company.

As their company grew, their biggest challenge was that they couldn’t produce quickly enough to keep up with demand with this process.

As they produce between 20-30 different chocolate bars, they constantly need to clean down their machines before working with a new flavour to avoid cross-contamination of flavours and colours. This could take anything from 20-40 minutes per machine.

Additionally, manually flood-filling and scraping moulds is a very labour-intensive and messy process, which also required them to clean the moulds before switching between flavours.

Choc Affair researched alternatives to their current production process, including automated moulding lines from our competitors, but were unable to find a solution that addressed their needs and fit their budget.

After considering their needs, we invited Julian and Richard to visit KeyChoc’s headquarters in St Helens for a demo of our Infinity AML solid chocolate moulding line. A combination of the reduced cleaning time, faster production, and affordable price point led to the Choc Affair team placing an order on the spot.

Choc Affair opted for an AML-2 configuration, which includes mould pre-warming and two Infinity LXs, with the knowledge that if they chose to upgrade to an Infinity MX or AX, the new machine could easily be swapped in, as our Infinity range of machines are all compatible.

The installation and set-up of the machines went smoothly, as our expert engineers took care of the process. Our engineers re-formatted the depositing head multiple times in order to give the customer the optimal configuration to ensure even and accurate filling of all cavities in their moulds.

Choc Affair were very happy with their new machines and the continuing service they receive from KeyChoc.

The benefits Julian and Richard saw straight away were:

As a result of this, the company were able to increase their production by 65% without any additional staff or floorspace needed.